Are you a tortoise or a hare?

Things at work have started to calm down now that my meeting is done and dusted. I am now working on another report that has to go to translation in January but at this point we are actually well ahead of the game. Work and traffic is quiet as schools are out and many people have extended their Christmas holidays, so I am actually quite enjoying getting ahead. Christmas is prepared, presents wrapped and I know what I am making on Christmas Day (not turkey for a change, I hate having to make a specific dish for a specific day so I have decided instead to cook rack of lamb plus potato gratin, plus a few other sides). After Christmas I have my friend coming over from England for a few days, so hence the reference to the "tortoise and the hare".

My house has been getting me down as it is pretty cluttered since I seem to be the repository for everyone else's junk, and while I keep it clean it honestly could do with a good scrub. Logic seems to suggest it is better to get rid of stuff and then clean, of course, so I am trying to do a little bit at a time. However, with a 40-hour working week and a minimum daily commute of three hours, as you can imagine I'm not exactly chomping at the bit to start cleaning when I get home from work.  My ex was the kind to throw everything out of a cupboard/room, charge into it and keep going (and yelling at all and sundry) until it was done. The problem with that, of course, was that apart from the fact that the urge to clean didn't come over him too often, being an ex-Marine he used to bark orders at everyone since he seemed to think everyone should pitch in and be "available" and at his command. My feelings are that if I feel like doing something I just get on and do it, that way it is not really a chore for me. Plus I stop when I choose to and just do a bit more another day. I am out on a Monday night so on Tuesdays and Wednesday I have been spending up to an hour each night scrubbing/pitching stuff in the kitchen. UUUUUGGGGHHH you wouldn't believe the state of the extractor fan - you know, on top the bit you can't see unless you are 6ft 8! Yuck! I climbed up a ladder to change a light bulb and could see just how grimy it was, so I spent one hour one night cleaning the top and one hour the next doing the underneath. Then another night would be a specific cupboard and so on, and if I felt like quitting in the middle of it I just did - no-one was there to yell about it. I have the Marie Kondo book on decluttering and while I think she is madder than a bag of rats I have to say I respect some of her methods - it's just that they are not for me. (In any case, someone who has made so much money - presumably - telling people how to declutter can't exactly be that mad can she). So bit by bit I am getting stuff done and in reality it doesn't take that long to see progress. 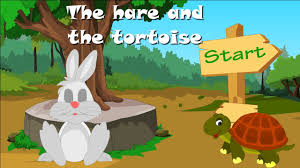 Other than that, there hasn't been much new here. I went to my son's school the other week to see him pick up his plumbing diploma (so if anyone needs a fully-qualified plumber give me a shout). Glad I made it actually even though it was very low key. What did strike me though was how respectful the young lads (and a few girls) were towards their teachers - it was so nice to see. Jordan will be doing another two years apprenticeship to qualify in heating/air con installation so then we will really be talking (and hopefully making a bit more money, but I am pleased for him all the same).

In other news, the Russian National Ballet are giving a tribute performance of Ravel's Bolero in February here in Geneva so I bought tickets for that. I also enrolled for a one-time evening class on how to put together a vegan buffet, also taking place in February. It's funny really, because as I would like to lose some weight before the wedding in July I have been looking at the Dukan diet and that seems to be strongly based around eating lots of protein/meat - and here am I going on a vegan cookery course! Oh the irony! Here at work quite a few people lost a fair amount of weight on that diet but to be honest most put it back on too. Not sure I can stomach it but I will see how I feel in the new year. I'm also not sure I would be that drawn to a vegan diet either to be honest, but vegetarianism is something that has always interested me. Indeed, I actually gave it a shot a couple of times many years ago, and I have to say I felt wonderful on it - and then went off to England to visit family and screwed up with the "full English breakfast" trap! I might give it some more thought though depending on how motivating I find this course.

Last weekend I got up on Saturday and thought "hey, I don't actually need any shopping, I don't feel like doing anything" so I decided to do bugger all and just lounged about on the sofa all day and read - and you know what, it was great! It is something I have never really allowed myself to do - take a day "just for myself", but in the end who do I have to answer to anyway? Actually slobbing around for a day is fine very occasionally for me, but not something I could do very often as I tend to get ants in my pants. That being said, it was a rare treat - I must remember to do more of it!

So on that note, if I don't post again before Christmas I wish you all a merry Christmas and a happy and healthy 2017.  I had wanted to mention the atrocities in Berlin yesterday but what can anyone say anymore about such barbarity - or about Aleppo (those poor, innocent civilians), or about ...... wherever these monsters work their evil. In fact, I have a colleague/friend who retired to Nice a couple of years ago and she was actually in a beach front restaurant when they killed all those people on Bastille Day. In order to get back to her apartment she had to walk past all the dead and injured - of course the horror is still with her and will most likely remain so forever!

So stay safe and my best wishes to everyone for the new year.
Posted by Treaders at 15:51