There's not much going on here at the moment. All the work is done in preparation for the big meeting next week and then ..... probably bugger all to do until Christmas (or very little). I prefer to be busy but that's the way my work goes - very cyclical. Still, with all the stuff I have to do in connection with reverting to my maiden name I suppose it's as well to have some down time too. Talking of changing my name though, I have to admit it has really been pretty easy so far.  I stopped in at the Mairie (the local "town hall") on Saturday to register my change of name now that I have my new passport and it took about three minutes - two of which were spent just chatting! It was funny though because the lady pulled out a paper sheet from her drawer, put a pencil line through "B" and inserted my new name of "T" and that was it! Talk about high tech. Well actually she laughed and said that she would input put it into the computer also but probably "after coffee"!

I emailed a copy of my new passport to the French bank and received my new cheque book about a week later (on a side note, they haven't used cheques in Switzerland for 13 years now) and then I stopped in at the Swiss bank - having waited until my salary went in in my old name - on Monday and today (Wednesday) I have already received my new bank cards! Very impressed. Electricity, mobile phones, water bill - all switched.  Next up is my driving licence, although that does already have both names. Still, it's about to fall apart at the seams being a paper licence so I guess I should drag it into the twentieth century (at the very least) and get the credit-card-style one too. But so far, as I said, so good.

I'm still not sure what my kids are doing for Christmas this year. I didn't see them on Christmas day last year as they had other plans - but that was ok with me as we got together on the 29th. My youngest said he will be up home as his girlfriend will be working (she is a psychiatric nurse) but I don't know what the oldest will be doing yet. And, devil that I am, I don't think I will cook a turkey. I hate having to do/eat something just because it is a particular day so I am thinking lamb this year. Not sure yet but I am leaning that way.

Oh, André (the oldest) and his fiancée (am still getting used to that word) flew to the UK recently and had engagement pictures taken just south of London, and how lovely they are. (These are pictures of pictures so maybe not the best quality but good enough for me until I can order copies) and Lily tells me she found her wedding dress on her last long week-end in London! 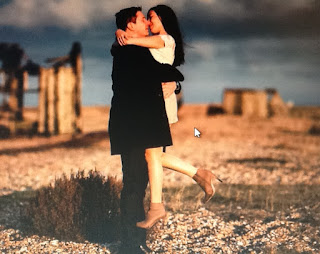 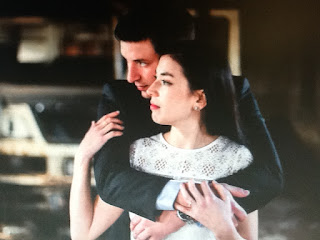 To think that when my ex left I bought myself an expensive camera (in the duty-free at the airport) and took photography lessons and I am still crap. I lugged that bloody thing up Machu Picchu in Peru (and admittedly got some beautiful photos) but it was so heavy that I ended up taking most of my photos on my ipad! Still, I'm sure I have other qualities.

Talking of Peru, amongst the many people I met on that trip was a lovely Yorkshireman called Steve. He and I have stayed in touch over the last four years and now he is coming out to spend New Year here with me. He has been out before, although only briefly, but as we were chatting the other day we ended up arranging for him to come out again. I told him to bring his cozzie because I plan to take him to Lavey-les-Bains hotsprings on New Year's eve (via Vevey/Montreux on the way out and Evian on the way back - i.e. the scenic route). I did this once years ago when my family came over and I think it was the best New Year's I have ever spent - so totally different. (I don't suppose there's much chance I can lose 15 kg between now and then though!). Anyway, he is good fun so it should be great, particularly as my employer (very generously) closes between Christmas and New Year! 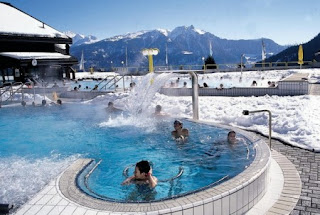 So on that note, I will love you and leave you. Just a shout out to Sonya Ann though who has been off the radar recently. Hope you are feeling better my dear - blogworld is a very quiet place without you!