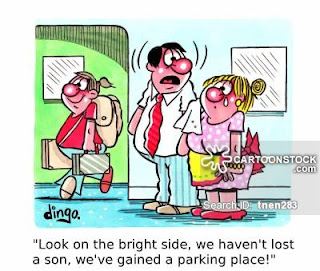 Well it looks like it is finally going to happen - my son and his girlfriend are moving out. They put in a dossier for a small apartment in a place called La Vallée Verte and it has been accepted. They sign tomorrow and can pick up the keys on 2 November.  So while they will take their time moving out, they will shortly be in their own place and for the first time in over 30 years, I will only have myself to think about! And I am delighted!!!

Now the truth of course is that I have enjoyed having them at home, but there comes a time when they need to be out on their own and have a place of their own.  I remember how I flew out to Switzerland when I was 21 and got my first place.  I slept on the floor with a small lamp for what seemed like ages until I got enough money to buy my own stuff.  But you know what, I loved it (and I was obviously a lot younger).  The kids, on the other hand, have all my ex' stuff that he left behind when he went back to the States, so to say they have a flying start would probably be an understatement.  And even better, my basement (currently full of my ex' stuff) will shortly no longer look like this: 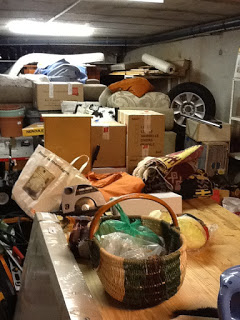 The kids have got themselves a small 1-bedroomed apartment in a lovely little village near Habere Poche/Peillonex. 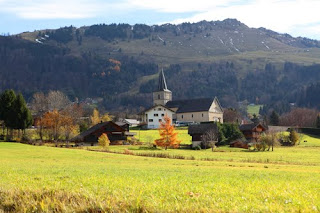 I did wonder if they would like to move closer to town but neither of them do. My son was adamant that having grown up in the countryside he wanted to stay in the countryside. His girlfriend felt pretty much the same and since it is still close to work for both of them it shouldn't be a problem. It is, however, at 800 metres altitude and since they are predicting snow this weekend at 800 metres it's probably time to get the snow tyres on, but - what the heck - we do that every year anyway, as I live at 700 metres myself.

I am really excited for them.  And guess what, I am REALLY excited for me to be totally footloose and fancy free after all these years.  Geez, if I don't look in the mirror I could be 21 again!  In reality I suspect I will see quite a bit of my son anyway (they are only moving 15 minutes away), as I don't see him making himself dinner when his girlfriend is on the late shift, so I'm not complaining, but for the day-to-day living I'll be FREEEEEEEEEE........ 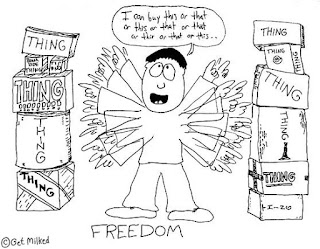 And what an exciting thought that is!